During the pandemics, researchers of the Institute of Physics, Belgrade adapted to the new circumstances, but they continued to do physics nonetheless. In the fight against the dangerous infection, the fundamental burden was upon the medicine and related disciplines, while the competence of the physicians was not decisive at the given moment, however, despite this, physicists did not stop conducting their research, carrying out domestic and international projects, writing scientific papers and education.

With the declaration of the state of emergency, the Institute organized work from home, while only departments providing basic infrastructural maintenance services carried out their work at the premises of the Institute. Nevertheless, with a creative approach and some organization, much could be achieved working remotely. The gallery represents a selection of scenes from the Institute’s physicists during the state of emergency, with the photos being made by the researchers themselves.

The photograph of dr Marko Vojinović from the Group for Gravitation, Particles and Fields shows a debate on quantum gravitation with the colleagues from abroad, which he is participating in from an orchard, while dr Lidija Živković attends an important online discussion of CERN’s ATLAS collaboration. The Deputy Director, dr Antun Balaž recorded a scene from the meeting of the National Science Council for Physics, and the President of the Scientific Council of the Institute of Physics, dr Željka Nikitović Dr Željka Nikitović registered the atmosphere of the house preparations for the session of the Scientific Council which was successfully held on 5 May.

Concurrently, dr Nenad Vukmirović chronicled a series of photographs of simple household experiments he conducted for primary-school textbook compilation. Meanwhile, during April nights, Igor Smolićremotely recorded the approach of the newly-discovered comet C/2019 Y4, also known as ATLAS – ‘the photographs were made by the largest domestic telescope titled Milanković, situated at the Astronomical Station Vidojevica which is a part of the Astronomical Observatory of Belgrade. The observation time on the telescope was approved by the Board for Telescope Time Allocation, while the recording was made possible by Miodrag Sekulić who was physically present at the observation station. 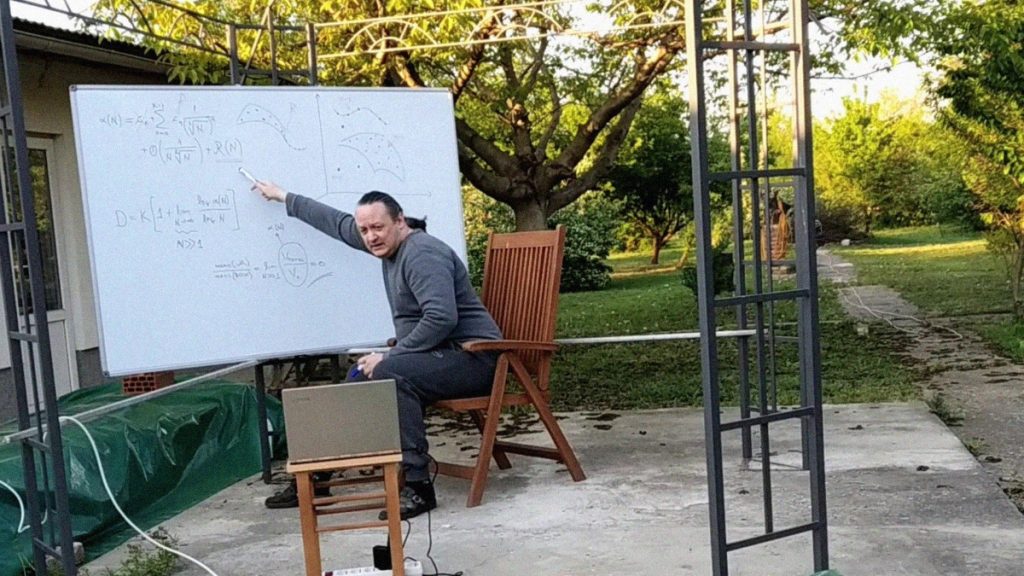 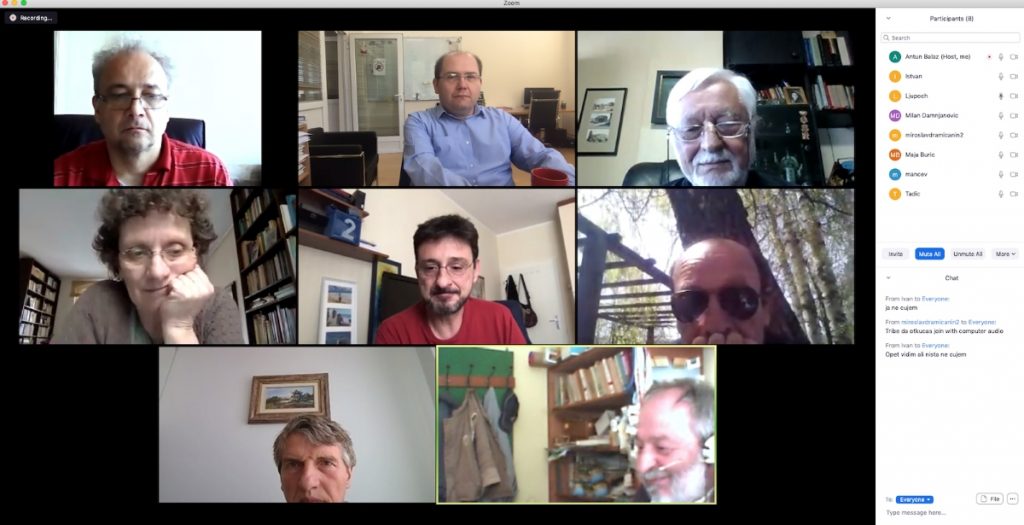 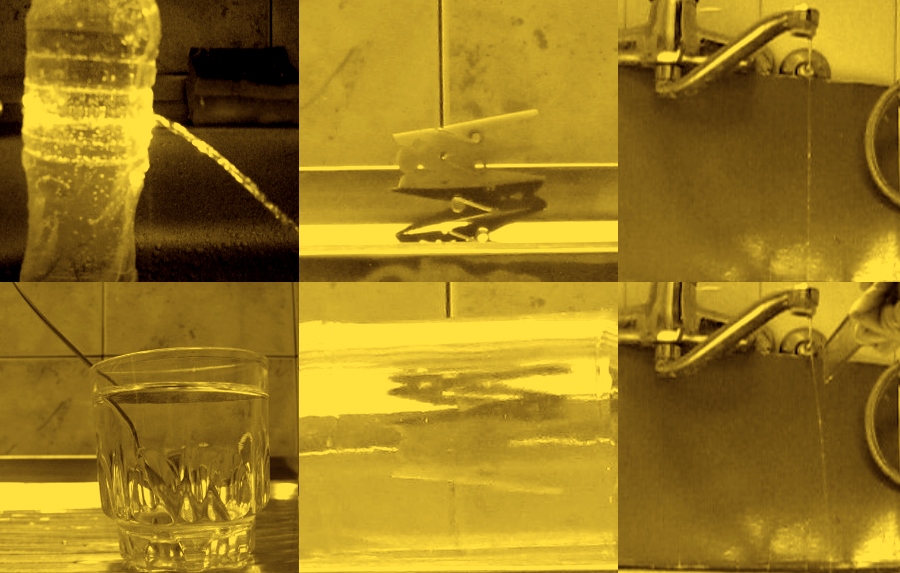 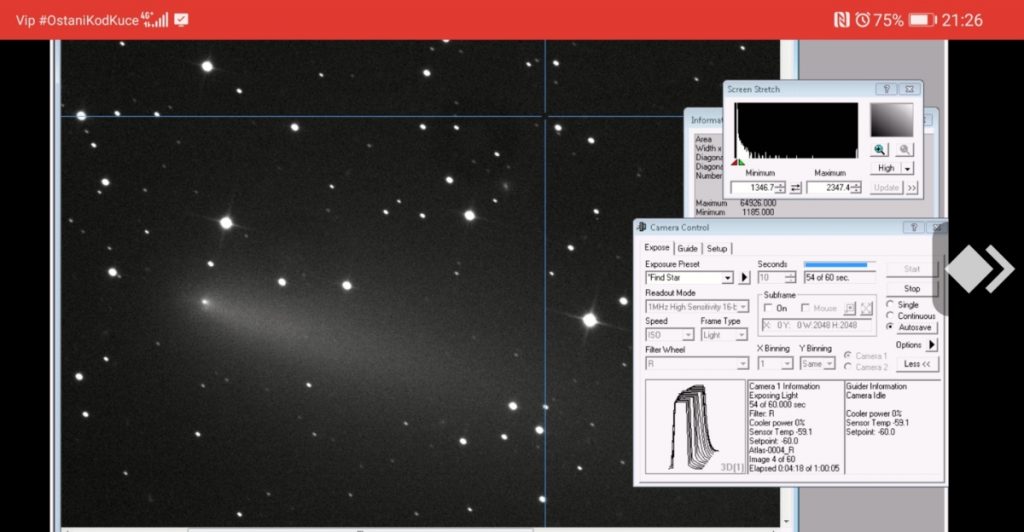 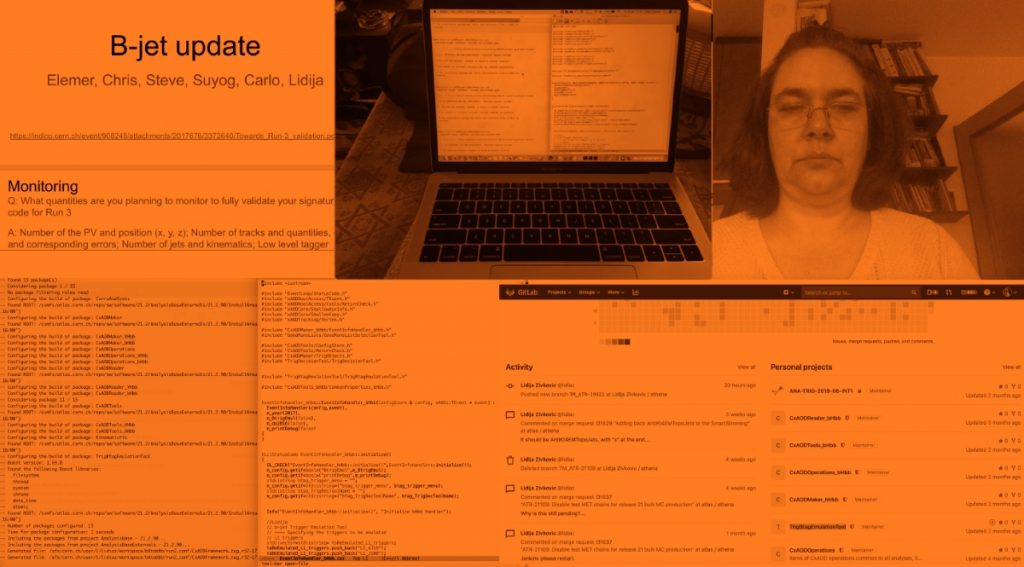